SABINA MOVIE: The Heart of the Gospel is Forgiveness 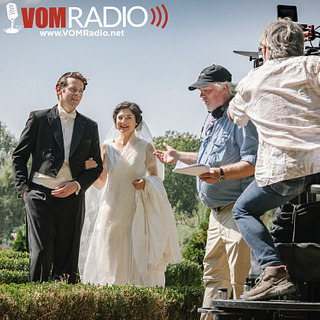 John Grooters is the director of a new movie portraying the marriage, choice to become Christians and early persecution of VOM's founders, Richard and Sabina Wurmbrand—told through the eyes of Sabina. SABINA: Tortured For Christ, The Nazi Years will screen in more than 800 theaters in the US for three days only – November 8, 9 and 10. Buy tickets here.

Grooters also directed Tortured For Christ – The Movie, which portrayed how the Wurmbrands were persecuted under communists in Romania. SABINA is a prequel to the first film, telling an earlier part of the Wurmbrands’ story, including their persecution—and how they blessed—Nazi forces that occupied their nation.

Listen as John talks about the challenge of making a film in the Wurmbrands’ native Romania in the midst of a worldwide Covid-19 pandemic. John will also share how God’s hand was on the production, including filming the scene of Richard’s baptism in the very room where it happened!

You’ll hear how Richard and Sabina’s faith has impacted Grooters as he spent five years deeply connected to their story as he created two films, and how he hopes it will impact the faith of viewers around the US and all over the world.