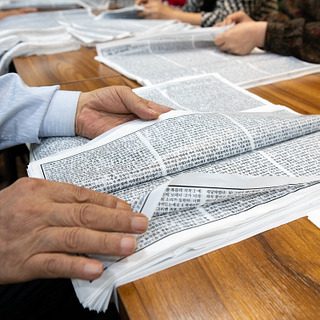 When this year began, there was talk of war between North Korea and the United States. By June, we watched video of President Donald Trump and North Korean leader Kim Jong Un smiling and shaking hands. Big changes!

What does it mean? How are those changes affecting our Christian brothers and sisters in the DPRK? Dr. Eric Foley, the President of VOM-Korea, joins us to offer answers to those questions, and helps us look at news coverage of North Korea not as Americans or Koreans, but as members of the Body of Christ.

Dr. Foley will talk about changes on the Korean peninsula, and how those changes are affecting Christian work there—both north and south of the DMZ. He’ll share why this has been the most difficult year ever for VOM balloon launches into North Korea, and explain why North Korean defectors are such a significant part of reaching North Korea with the gospel message.

Finally, Dr. Foley will give very specific advice on how we can be in prayer for North Korean Christians.

Will you commit to pray for North Korea this week? Join us on VOM Radio and equip yourself to pray more knowledgeably for the “hermit kingdom.”