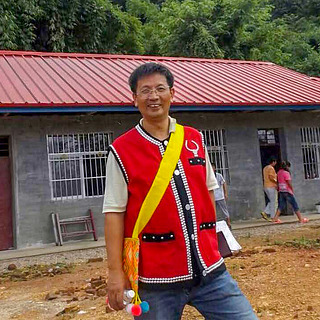 Pastor John Cao has trained literally thousands of Chinese church leaders, including many who have taken the gospel to other parts of China and even across the border into other nations. In recent years Cao’s ministry has expanded to Myanmar, where he set up schools to minister to poor children from minority tribal groups. But his bold ministry in and out of China has not gone unnoticed by Chinese authorities. Today Pastor John sits in a Chinese prison, sentenced to serve seven years on the charge of “illegal border crossing.” Yet even in prison, he has found reasons to rejoice!

Dr. Bob Fu, the founder and president of China Aid Association, will share the story of his friend, Pastor John Cao, as well as update us on the state of the church in China and specific ways that we can pray this week for that nation and our brothers and sisters there.

Sign the petition on The White House web site, asking President Trump to intervene on behalf of Pastor John Cao.