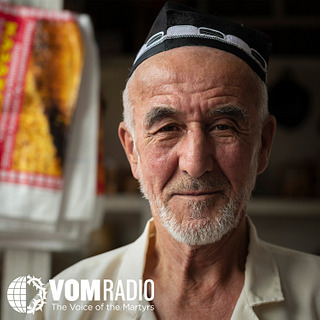 Last week, Brother Max shared his testimony of seeking God through following Islam then, when he met Jesus, finding a peace he’d never experienced before. After finding that peace, Max wanted to tell everyone he knew, but he was not prepared for how his community would react with anger and persecution.

Max found it very natural to talk about Jesus with people who had known him before his salvation. They could see his life was drastically different, and they wanted an explanation. Brother Max was eager to share God’s Word with those who asked. He told them he’d found the ‘passport to heaven.’ But leaving Islam is not permitted, and his family and community persecuted him for his faith in Christ.

His father could see how Max’s life had changed for the better—but still urged him to return to Islam. Max explained, “If I take Jesus from my heart, I will become the old Max again.” He challenged his father to read the New Testament.

Persecuted first by those he knew, Max and his witness for Christ soon drew the attention of the government. He was arrested and interrogated by several police. It was a frightening experience; his legs shook with fear as the police questioned him and forced him to write a “confession” that would be used against him, dictating the words he was supposed to write.

Christians gathered outside the police station, praying for Max during the interrogation. The presence and prayers of his Christian brothers and sisters encouraged Max, and a holy boldness came over him. He turned the table on the police, asking them questions instead of answering theirs.

Listen as Brother Max shares how the Lord worked through that situation and later brought Max face to face with the one who prosecuted him—now a follower of Christ! He’ll also share about training new believers in Uzbekistan, Turkmenistan, Kyrgyzstan and Azerbaijan to withstand Christian persecution after they leave Islam to follow Jesus. “Our time is short,” he says, “so we should be ready to meet Jesus.”

Max will also equip listeners to pray for Christians in the region—including those facing persecution. Listen to the first part of Max’s story here, and learn more about Max’s ministry, Global Teams, here.