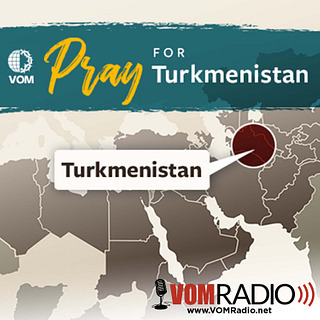 35 MIN
Brother Silas, raised in the former Soviet republic of Turkmenistan, says that as a young man he was an atheist in his head but a Muslim in his heart. When a family member shared his faith in Jesus Christ, Silas angrily rejected such talk. In his mind, Christianity was foreign to the Turkmen people, the faith of the invading Russians.

Yet, as Silas heard the stories and teachings of Jesus, he found himself attracted by who Jesus is. Through a VHS copy of the Jesus Film in the Turkmen language and the divine opportunity to watch it, Silas committed his life to following Christ. Listen as Silas shares how hearing Jesus speak in Turkmen, his own heart’s tongue, made the gospel real and personal to him.

Immediately, Silas experienced overwhelming joy and peace. All his questions had been answered. He began to share Christ with others in his village. But as his obedient actions for Christ became known, Silas got his first taste of Christian persecution.

Government agents, focused on keeping control of Turkmenistan’s people, raided church meetings and even Silas’s home. Be sure to listen next week to hear part two of Silas’s testimony and the intense persecution he faced.