Richard Wurmbrand: In Love with God 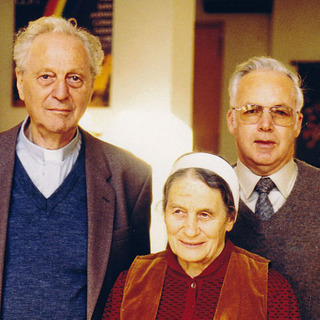 Merv Knight read Richard Wurmbrand’s book, Tortured for Christ, and it changed the path of his entire life. Merv helped found VOM-Australia and worked side by side with Richard and Sabina Wurmbrand for decades. This week he gives us an inside look, with stories of what it was like to minister alongside Richard and Sabina but also what kind of people they were behind the scenes and the deep love for Christ that allowed them to endure persecution while still holding firmly to their faith. Merv will also share the stories of some of the persecuted Christians that have inspired his own faith during almost five decades of ministry with The Voice of the Martyrs.