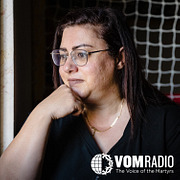 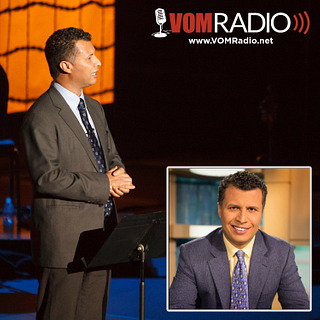 Brother Rachid is the host of an Arabic-language television program, answering on-air questions that Muslims have about faith and about Jesus Christ. The first day his program went on the air, Rachid was hoping 10 or 20 Muslims might call in with questions. They received 800 calls in the first half hour!

He knows first-hand the persecution that comes when a Muslim rejects Islam: Rachid’s own family kicked him out when he became a Christian.

Listen as Rachid shares his story of coming to Christ, his family’s rejection and what it meant for him to come into fellowship with other Arab Christians. He’ll also help listeners understand some of the teachings of Islam that directly contradict the gospel message—and advise us on reaching out to Muslims we know.

You can watch a video about Brother Rachid’s testimony here.

September marks the five-year anniversary of VOM Radio, and all month we’ve heard clips from powerful stories God has allowed VOM Radio to share over the past five years. This week: a clip from “Sister Amber,” who was arrested in Tibet. You can hear her entire, powerful testimony here.