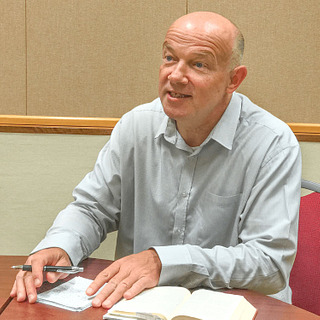 From the first days after his arrest in Sudan, Petr Jasek repeatedly said, “God is the One who holds the key to my cell.”

Jasek, a Czech citizen, is VOM’s Africa regional director and he was just released after 14 months in prison in Sudan. In this third and final part of our conversation with Petr, he shares about how he stopped praying to be released from prison and simply focused on fulfilling the Lord’s purpose for him inside prison walls.

Listen as Petr shares what it was like to hear the judge announce that he was sentenced to life in prison, and the verse he read from Psalms moments before he found out God would be using the key and opening Petr’s cell door.

Petr will also share—from his personal experience—how we should pray for Christians in prison, and for their families who sometimes suffer more than the prisoners. You will be challenged to think about what it means to wait on the Lord as you hear Petr share how, after 445 days, God set this captive free. (Listen to all three parts of our conversation with Petr to hear the full story of God’s work in his life during his time in prison.)