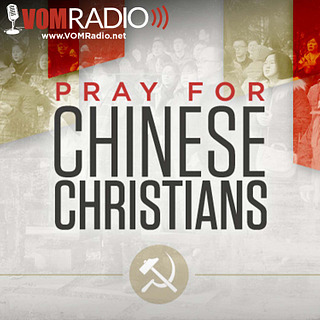 24 MIN
Ten or 20 years ago, persecution of Christians in China varied greatly across China’s 31 provinces, municipalities, and autonomous regions. Bob Fu—a former teacher at the Communist Party School in Beijing and prisoner for Christ in China—says things are much different today. Chinese Christian persecution is driven by the national government in Beijing; every province is expected to control religious expression.

Fu is the Founder and President of China Aid Association and author of God’s Double Agent. Listen as he shares how the communist government has cracked down on Christians in recent years and how Christians have suffered ahead of the 2022 Beijing Winter Olympic Games.

Bob says persecution of Christians in China today is the worst it’s been since the 1960s and 70s Cultural Revolution. Xi Jinping and other officials are increasing efforts to imprison and detain unregistered church leaders and members—but leaders in state-sanctioned TSPM churches are also persecuted.

Communist ideology is also enforced through digital surveillance. Every Chinese person is required to install a “health app” on their phone, and surveillance cameras throughout the country monitor movement.  Online meetings with any religious purpose are now required to register and be approved by provincial authorities, and Bible apps have been forbidden.

As the eyes of the world turn toward China during the Games, join Christians around the world to pray for Chinese Christians—and for their persecutors. Go to www.PrayForChina2022.com to learn more about what is happening in China and how you can pray for Christian brothers and sisters there.