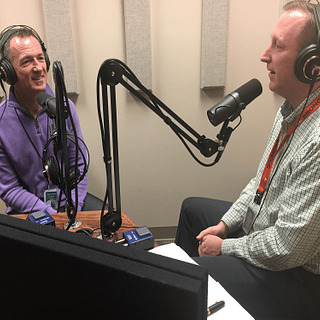 This week we begin a look back at some of the most memorable moments on VOM Radio in 2017. Hear Petr Jasek share how, after he was arrested in Sudan and put into a prison cell, he realized God had been preparing him for that moment, and had even shown him the prison cell door in a dream. Brother David will share how when police showed up to arrest him in Turkey, he was excited that God must have big plans for ministry in store. Dr. Andrew says when he was arrested, he was terrified. Being afraid isn’t the problem, he says, as long as you aren’t controlled by that fear but instead are controlled by the reality of Who God is. David Shestakov shares what it meant to receive letters from Christians around the world while he was imprisoned in Uzbekistan. Sister Leanna shares how God called her out of a career training horses to share His love in India. And finally we’ll share a miracle story of a Bible delivery to Christians inside Syria—a story that will inspire you with how God’s hand is still at work in the Middle East today. Use the search feature at www.VOMRadio.net to hear the entire conversations with each of these guests.