MISSIONS: "There's Plenty To Do Everywhere" 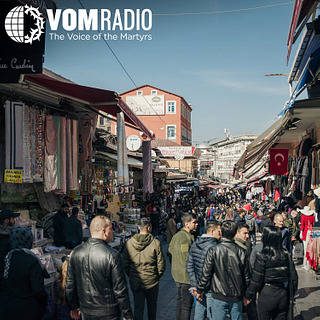 For almost 20 years, Brother David was a gospel worker in Turkey—until he was deported from the country and told he’d been permanently banned from reentry. His legal appeals to stay—to Turkey’s Constitutional Court and the European Court of Human Rights—have, so far, failed.

In a holding cell, awaiting his final flight out of the country, David’s biggest disappointment was that he didn’t have cell mates with whom he could share Jesus!

David and his family are currently doing gospel work in Muslim neighborhoods and on busy street corners in Germany. God continues to show why He brought David and his family to Europe through each ministry opportunity He sets before them. Living and working in a free country, David is shocked at busy street corners where no believers are taking advantage of their freedoms to witness to the lost. He challenges listeners to be more engaged in reaching the lost—wherever they are.

David will give an update on the situation for persecuted Christians in Turkey and help us pray for the many gospel workers who’ve been forced to leave the country, and for Turkish Christians still serving Christ there.

David previously shared about his gospel work in Turkey and the court case he’d filed to remain there. Listen to Part 1 and Part 2 of David’s previous conversations with VOM Radio.

Never miss an episode of VOM Radio! Subscribe to the Podcast