MIDDLE EAST: From Pain, a Blessing 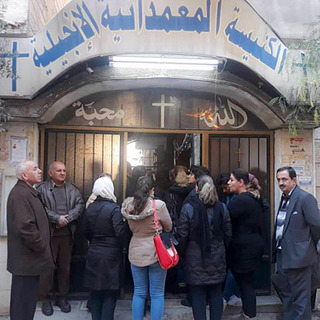 Pastor Pierre serves the Lord in Lebanon, including reaching out to refugees who have fled violence and war in Syria to find a safer place to live and raise their families.

Listen as Pierre shares how Muslims have become more open to the gospel in the midst of suffering, and how Christians have sacrificially helped meet needs and share Christ among refugees. He’ll also talk about the persecution Christian converts face, sometimes even at the hands of their own families.

Pastor Pierre will also share the story of a man from Syria who came into genuine relationship with Christ after he lost everything in Syria—and even had his life threatened by terrorists. His family now joyfully shares that losing everything they owned on earth was worth it, because it brought them into joyful, eternal fellowship with Christ.

Pastor Pierre also equips us to pray for the church in Syria, Lebanon and throughout the Middle East.