John Chau: Going at Any Cost 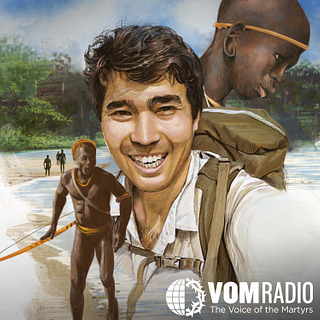 Dr. Pam Arlund, Global Training and Research Leader for All Nations International, joins The Voice of the Martyrs Radio this week to share about John Chau’s mission to North Sentinel Island, where he was killed in 2018. Arlund was part of screening John for mission service and training him to go and serve.

As a teenager, John sensed God calling him to take the gospel to the Sentinelese people. For nine years, he prepared to go to the island, live among the people, learn their language and share Christ with them. John’s story and legacy are being commemorated this year on Day of the Christian Martyr.

Listen as Arlund shares her memories of John, including his hunger for training and knowledge and his in-depth preparation and planning for life on the island. She’ll also talk about the days after John’s murder, the extreme pressure All Nations leaders experienced from media and others, and the surprising response from some North American Christians.

Pam also shares how we can pray for North Sentinel Island and for God to raise up individuals willing to heed His call to missions and to take the gospel to the ends of the earth—even to places where Christian persecution is common.

Read more about John Chau’s story and watch a video about his mission.