IRAN: On the Ground In Tehran During the Islamic Revolution 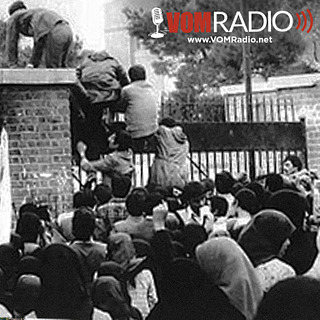 It was November 4, 1979 when Tat Stewart said those words to his wife as they drove home from church in Tehran, Iran. Iranian students had overrun the US Embassy that day. They would go on to hold 52 embassy staff members and others hostage for 444 days.

Stewart, his wife and their children moved to Tehran earlier that year, just months after Ayatollah Khomeini arrived back in Iran and the Islamic Revolution took control of the country. Tat went to serve as the pastor of a church for expatriate Christians. But his experiences in Iran began many years earlier, when his parents moved there to serve as medical missionaries.

Listen as Tat shares how he continued to minister as the Islamic revolution went on all around him, how he became a contact person for American citizens needing help amidst the chaos and how God protected and provided through that dangerous season—and ultimately led them to leave Iran.

Find more conversations with Iranian Christians in the VOM Radio archives, or search for VOM Radio on your favorite podcast app.