ERITREA: “I See God’s Grace Upon Me” 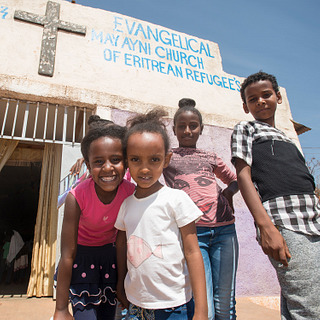 Are there blessings found in being in prison for Christ?

Yonas Haile was a Christian worship leader and filmmaker in the African nation of Eritrea. When his gospel film was released, the Eritrean government was furious; from that day, Yonas was targeted. He says Eritrean Christians are “ready always” to face persecution.

Listen as he tells of the joy that God blessed him with, even in the midst of horrible suffering and prison. Yonas also experienced God’s miraculous power, including walking out of an Eritrean prison just as Peter walked out of prison in the book of Acts.

He’ll also share about opportunities to be a witness for Christ and offer hope through the gospel of Christ—even in prison. Finally, Yonas will update on whether changes have happened in Eritrea since the country signed a peace agreement with Ethiopia. And he’ll give specific ways we can pray for that nation, and for our spiritual family members there—especially those in prison for Christ.