CHINA: The Purpose of God 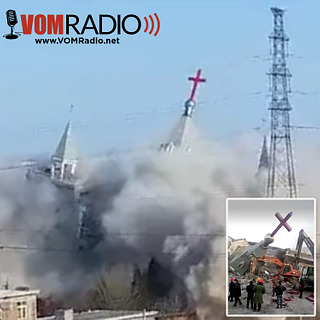 This week we’ll meet the pastor of an unregistered church congregation in China. Because of the danger to him for sharing his story, we aren’t sharing his name and you’ll only hear the voice of his translator during the interview.

He’s been detained by police more than 20 times, and he says of course there is fear when police raid his church or come to arrest him. But he’s seen God work through him inside prison cells, including seeing fellow prisoners come to Christ for the first time, and says he’s willing to go back to prison if his being there is part of God’s purpose.

He’ll give an update on the current wave of persecution in China, and talk about why the Communist Party leaders are so afraid of the growth of the church. Finally, the pastor will give specific ways to pray for the nation of China as a whole, and for the church there, including Christians currently in prison for their faith in Christ.

We’ll also hear, as we continue to commemorate the five-year anniversary of VOM Radio, from a man detained inside North Korea—just one of many powerful stories God has allowed VOM Radio to share over the past five years. (You can hear his complete story here.)

Never miss a VOM Radio conversation: subscribe to the podcast.