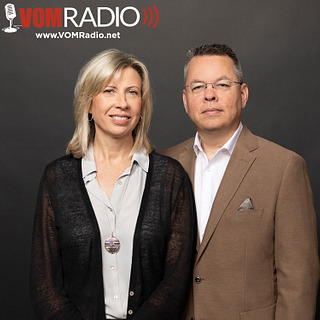 Amidst the coronavirus pandemic, many around the world are dealing with fear and discouragement. Andrew Brunson knows those feelings well.

After serving more than 20 years as gospel workers in Turkey, Pastor Andrew and Norine Brunson were suddenly arrested, accused of plotting with terrorist groups to overthrow the government of President Recep Tayyip Erdogan. Norine was subsequently released, but Andrew spent two years in prison.

Listen as they share how God sustained them through this time of intense testing, including the brokenness Andrew felt, and his decision to rejoice—and even dance—as an act of obedience to God. Norine will talk about how she tried to encourage Andrew on her prison visits, and even gave him scripts to help him stand against fear, depression and hopelessness.