UZBEKISTAN: Adopted Into a New Family 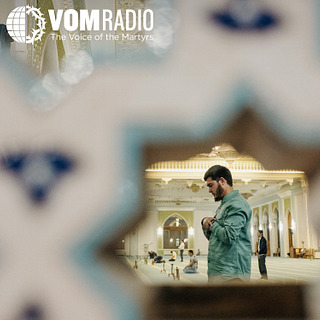 As a boy in Uzbekistan, Brother Max couldn’t imagine a God that cared about his life or had a plan for him. His biological parents didn’t want him. In his Islamic culture, he felt shame because he was adopted. He was consumed with the idea of getting revenge against his birth parents, who had abandoned him. Every day was dark. He felt hopeless and prayed every night that he would not wake up the next morning.

When the Soviet Union collapsed, radical Muslim missionaries entered Uzbekistan to encourage young people raised under communism to pursue Islam. Max began training under an imam, seeking God, and learning more about how to pray to Allah in the required way and the history of Islam. But those lessons, and his increasing knowledge, never brought the peace he craved. Max had many questions about Islam. Why couldn’t Allah understand his native language? Did Prophet Mohammed’s life match his teachings? But Max was told to just accept the teachings, that his questions had no answers, and he should stop asking.

Max first learned about the God who loved him from a friend whose life had been changed. Max wrestled with this new idea. How could God love me if my biological parents didn’t? If God loves me, why didn’t he help me achieve all the goals I had for my future?

After wrestling spiritually for several months, Max came to fully trust Christ and seek forgiveness for his sin. Instantly, he felt differently. He finally felt peace in his heart, and from that moment his life changed completely. He started sharing his testimony with people who remembered how angry Max had been before Christ, explaining that he was a new creation! He even forgave his biological mother. As a new Christian, Max wasn’t worried about Christian persecution; he simply wanted to share what Jesus had done for him.

Today Brother Max is serving the Lord with Global Teams, where he helps train others to evangelize Muslims and plant churches in hostile and restricted nations.