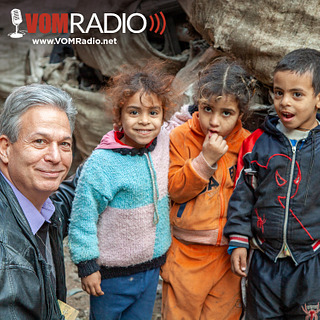 Gary Lane has been telling the stories of persecuted Christians for decades. As International News Director and Senior Correspondent for CBN News, he’s gone to meet them—he’s traveled to more than 100 countries—and been drawn not only to tell their stories, but also actively serve and stand with bold believers enduring persecution.

A month after 21 Christians were martyred by ISIS on the beach in Libya, Gary went to Egypt to meet the families of many of those beheaded on the sand. When he met these families—just weeks after their loved ones were killed—he was moved and challenged by their strong faith. They told him what an honor it was that their loved ones had died for Christ, and expressed forgiveness to the ISIS murderers.

Gary also served three years on staff at VOM. He’ll share how he encountered VOM workers on the front lines in Sudan and how that led to a cooperative effort between VOM and Operation Blessing—and eventually to Gary serving on VOM’s staff.

Gary will tell about his first encounters with persecuted Christians, and how he transitioned from simply being a neutral observer, reporting on their suffering to actively providing help as a brother and fellow member of the Body of Christ.

Watch Gary’s program, The Global Lane, including this episode, which includes an interview with VOM Radio host, Todd Nettleton.