SOUTH ASIA: Holding On To What We Know 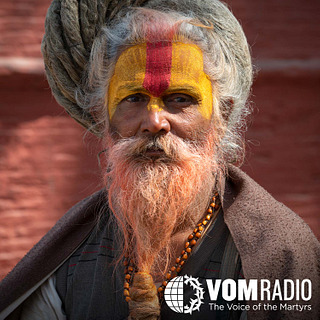 An imam (Muslim leader) in Bangladesh was reading the Quran when he came across the name of a person he didn’t know much about: Isa (Jesus). As a local mosque leader, he felt he should learn more about this person mentioned in the Quran, so he asked around his village for a book about Jesus. He was given a New Testament and began to read—and soon recognized that Isa is far more than a prophet. He’s the Son of God and the only way of salvation! But following Jesus can be dangerous in a place where Christians are persecuted, as this now-former imam learned.

That’s just one of the stories you’ll hear this week from Matthew Hanson, VOM’s regional leader for South and Central Asia.

Matthew will also share what Christians in India are facing in the face of a Hindu nationalist government and a nationwide network of radical Hindus infiltrating churches, persecuting pastors or instilling fear in the local people to persecute their own neighbors because of their faith. In spite of that persecution, though, he says Indian Christians—including children—are responding with grace and boldness to their persecutors.

You’ll also hear the story of a Nepali missionary working in a difficult place—and how God miraculously helped her learn the language in only six months!

Matthew will equip listeners to pray for our brothers and sisters in South Asia who are being disowned and threatened by family members because of the gospel. One Christian woman whose entire family rejected her said, “Jesus has given me life. He is real. He is the only God.” Pray believers in South Asia will continue to hold their confidence in Christ.