REACHING MUSLIMS: “The Prize To Be Won” 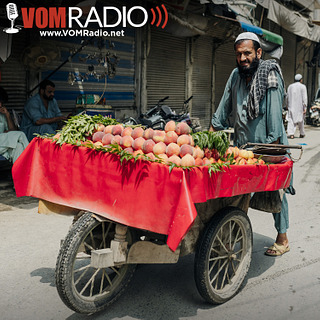 How long was it from the time you heard Jesus died, until you knew that He rose again? What did you feel in that interim? Grief? Loss? Defeat? And what did it mean when you knew that He did rise again?

“Brother Stephen” has worked with Operation Mobilization for many years sharing the gospel among Muslims, including nomadic peoples in the Middle East. He has told the story of Jesus to people who had never heard it before! Listen for the story of how one woman responded to Jesus’ death.

Brother Stephen will share how God called him to missions, and advise those feeling a call to missionary service today. He challenges us to see Muslims not as an enemy to be defeated, but as a prize to be won for Christ. He’ll also share about Muslims making the decision to follow Christ and the price they often pay for that decision. How can Christians living in free nations reach out to Muslims they know or work with? How can we pray for gospel work among Muslims?