Persecution and Ministry in 2023: Be At Peace 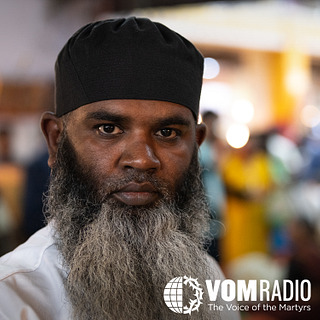 When terrorists invaded the church service and pointed guns at his head, the pastor could have said many things to his congregation. Led by the Holy Spirit, he told them simply, “Be at peace. Soon we will be with Jesus.” Instead of committing murder, the attackers put their guns down and left the church, leaving the pastor and his flock alive and well.

This true story, from persecuted Christians on the Arabian Peninsula, is just one of those you’ll hear this week from Jonathan Ekman, VOM’s Vice President of International Ministry. Join the conversation as Jonathan looks back on VOM’s work in 2022 and looks ahead to challenges and opportunities for persecuted church ministry in 2023.

Listen as Jonathan discusses regions where persecution is changing, and what the next year may look like for Christians in restricted and hostile nations. He’ll also suggest some less-well-known countries, such as Northern Mozambique, Malaysia and Brunei, where persecuted Christians need your prayer.

Are there nations where VOM’s work is likely to change in 2023? Jonathan will talk about the spread of radical Islam across Africa, and what it means for churches and Christian leaders in Democratic Republic of the Congo (DRC), Central African Republic and other African nations. He’ll also look at some of the many unknowns faced this year, including intensified Christian persecution in China and upcoming elections in Nigeria and India. Your prayer list will grow as you consider the persecution being faced by Christians around the globe.

One way you can pray more knowledgeably for persecuted Christians in the new year is to request a complimentary copy of VOM’s 2023 Global Prayer Guide. For an in-depth discussion of Christian persecution and current events in China, listen to this recent VOM Radio conversation with Dr. Bob Fu.