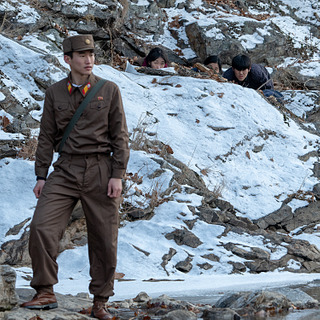 “Only Christianity can cut the root of our communism.”

Why is the government of Kim’s grandson, Kim Jong Un, so threatened by the gospel of Jesus Christ? Why do Christians in North Korea face such fierce persecution? Dr. Eric Foley, co-founder and leader of VOM-Korea, answers those questions, and helps us pray for North Korea and VOM’s work to get Bibles and gospel radio broadcasts to people there.

Dr. Foley will talk about the difference made by President Donald Trump’s meeting in Vietnam with Kim, and why the current leader of North Korea can never actually be the President there, because that title is held eternally by his grandfather.

We’ll discuss how the North Korean government preserved and publicized the story of a Christian martyr, Cha Deoksun. You can watch the video the regime created about her life, and death, here.

Dr. Foley will also provide an update on VOM-sponsored Bible balloon launches into North Korea, which delivered 30,000 Bibles last year. Surveys show this Bible work is making a difference: today eight percent of North Koreans have actually seen a Bible—a dramatic increase from even a few years ago.

To learn more about Christians in North Korea, order a copy of Dr. Foley’s book, These Are The Generations (affiliate link). You can also learn about the history of the church and persecution in North Korea by reading Restricted Nations: North Korea, written by VOM Radio host, Todd Nettleton.