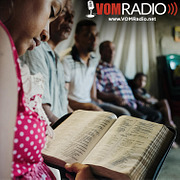 now playing
COLOMBIA: Pray We Will Go Full
0:00
24:59
Please enable javascript in order to use this website.

NIGERIA: “My Life is in God’s Hands” 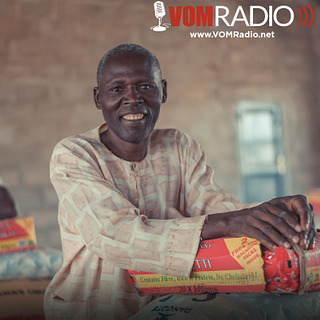 Paul felt God speaking to him, and the message was clear: “Get off this bus. Right now!” Paul obeyed, and his obedience saved his life.

Jesus told His followers to deny themselves, take up their cross and follow Him. God still calls His children to the uncomfortable, and even the dangerous. Paul, who leads the work of Youth With a Mission (YWAM) in Nigeria, shares this week on VOM Radio how God called him to minister in a difficult and dangerous part of Nigeria—a place where Christian persecution is a constant reality. He’ll also share how God protected him as he answered God’s call—including getting him off of that bus.

Today, many of Paul’s coworkers in gospel work are former radical Muslim persecutors of Christians miraculously transformed by the love of Jesus.

We’ll also hear from Paul Childers, who leads YWAM’s University of the Nations in Kona, Hawaii. Childers offers an encouraging update on what God is doing around the world from his front-row seat to missions work in many nations. He’ll talk about a move of God that’s raising up a generation of people willing to truly take up their cross and follow God’s call to any place on earth, no matter how difficult or dangerous.

Paul Childers has been a guest before on VOM Radio. You can hear that interview here. You can also listen to our conversation with Loren Cunningham, the founder of YWAM.