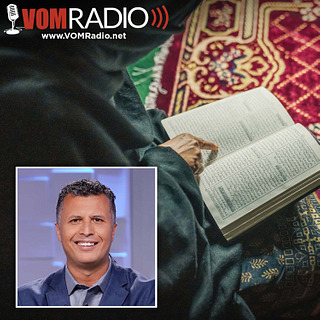 Across the Middle East, Muslims have questions about their faith. But Islamic teaching doesn’t encourage or allow such questions. As a young man in Morocco, Brother Rachid had questions also; he found answers through a Christian radio broadcast and chose to follow Christ.

Today he hosts an Arabic-language TV program airing all over the Middle East. On the first broadcast, he asked Muslims to call in with questions about Islam and Christianity. In the first half hour of the program more than 800 people called with questions!

Listen to hear how Rachid learned to see outside his own worldview and break down Islamic ideologies he was taught. Over time, his actions and ideas changed; others noticed that his entire life had been transformed.

Persecution came swiftly. When his family found out he was a Christian, they kicked him out of the house. Rachid connected with other Christians, which gave him joy and excitement knowing he had a new family, but also fear he could be imprisoned or persecuted for his faith.

Rachid will advise how we can help Muslim friends find answers to their questions in Christ. Pray for breakthroughs in the hearts of Muslims as the gospel is shared through TV and radio broadcasts all over the Middle East.

You can also watch a video version of Brother Rachid’s testimony.