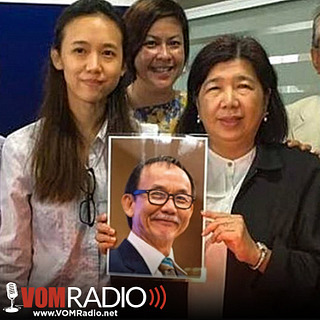 This week marked the three-year anniversary of the disappearance of Pastor Raymond Koh in Malaysia, a military-style operation that took less than 40 seconds and was captured on a nearby security camera.

Three years later, there is still no word on what happened to Pastor Raymond; his car has never been found. The kidnapping wasn’t his first taste of persecution; Pastor Raymond had been mailed a box of bullets as a warning to stop his ministry.

VOM launched an international petition drive calling Malaysia’s government to account for this crime. Add your signature online at www.ReleaseRaymond.com.

This week we will hear again from Raymond’s wife, Susanna, about how Pastor Raymond continued ministry in spite of threats and danger. She’ll describe the spiritual deepening she saw in her husband in the months before his abduction, and how she knows God was preparing him for the challenging time to come.

Susanna says God has carried her and her family since Raymond’s forced disappearance. He’s even enabled them to forgive those who took her husband away. She’ll share specific scriptural promises and Christian songs that have helped her through dark hours of grief and anxiety.