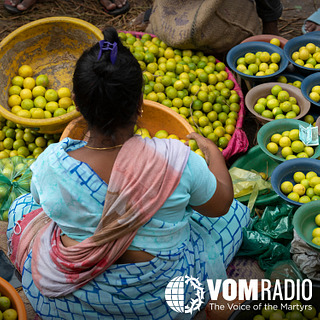 When God called Dr. Leanna Cinquanta to serve as a missionary, she was a young woman fresh out of college. Then God specifically called her to a part of South Asia known as “the graveyard of missionaries.” He led her down a different path from most foreign gospel workers at the time; Leanna lived in a village drinking dirty water, sleeping on a grass mat, subsisting on lentils and rice and contracting the same diseases the local people endure.

As she lived through the hardships of village life, she was able to introduce people to a God greater and more powerful than the millions of gods in their Hindu faith: Jesus Christ. Leanna prayed for the sick and the demon possessed in His name, and she saw people healed and giving glory to the one true God. Listen as Leanna shares about how Jesus is reaching people in South Asia with displays of His power, and how Christians persevere in spite of persecution and hardship.

She’ll also advise American believers how to reach out to those we know with the gospel, including Hindus and Muslims, and equip you and your church to pray for more than a billion people who live in South Asia. Learn more about WIN (formerly Tell Asia), Leanna’s ministry, at win.global or on their Facebook page, and order a copy of her book, Treasures in Dark Places: One Woman, a Supernatural God and a Mission to the Toughest Part of India (affiliate link).

Never miss an episode of VOM Radio! Subscribe to the podcast. Also subscribe to The Voice of the Martyrs’ free monthly magazine.