Changed by Fellowship with Persecuted Christians 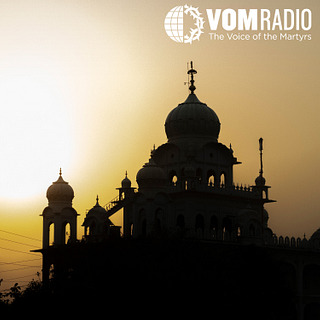 The anxious mother in India had tried everything. Her son was very sick. It seemed he would soon die. She’d been to the Hindu temples and made offerings to many Hindu gods. Nothing had worked. Her son only became sicker. Then, a traveling salesman suggested that she pray to Jesus. She did—and her son was healed! Amazed and awe-struck, the mother and son hunted down the salesman to find out more about this Jesus who answers prayers. Today, her son is a pastor and evangelist who’s travelled more than 40,000 miles sharing the gospel. God is at work in hostile and restricted nations!

That’s just one of the stories you’ll hear this week from David Witt, CEO of Spirit of Martyrdom and a former staff member at The Voice of the Martyrs. David will also share stories from his encounters with Richard and Sabina Wurmbrand, VOM’s founders, and the “holy experience” of visiting one of the prison cells where Richard was held in Communist Romania.

David will also tell how he became aware of and involved in ministry to persecuted Christians, and how God used the attacks of 9-11 to draw the attention of American Christians to radical Islam and the scriptural call to love our enemies.

Today, the ministry David leads is training up church planters and leaders in multiple countries—with an eye on training that’s easily reproducible to other potential leaders. Listen as he shares how those being trained immediately put their learning into action, and how we can pray for these frontline gospel workers.