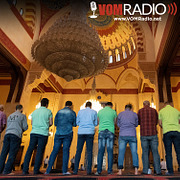 now playing
MIDDLE EAST: The Moment He Accepted Christ
0:00
24:59
Please enable javascript in order to use this website. 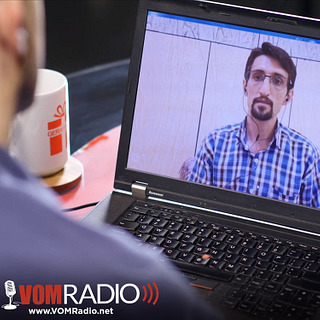 Ebrahim Firouzi, a Christian convert from Islam, has been in and out of prison in Iran since 2011. Last year he completed his most recent prison sentence, but instead of being set free and allowed to go home, Ebrahim has been banished to internal exile in Sarbaz, a city near the border with Pakistan. All of these punishments are a direct result of Ebrahim’s conversion from Islam to follow Jesus and his faithful witness for Christ.

This week, speaking from exile, Ebrahim shares his testimony and gives an update on his life today and God’s faithfulness during his time in prison. Multiple times, Ebrahim was given the opportunity to renounce Christ and go free; each time he refused to compromise. “I could never turn my back on my faith,” Ebrahim says. “By God’s grace I endured a few years in prison in exchange for an eternity with Him.”

This interview was originally conducted in Farsi by Joseph Hovsepian, the son of martyred Iranian church leader Haik Hovsepian. We are thankful to Joseph and our friends at Hovsepian Ministries for allowing VOM Radio to broadcast this interview and share Ebrahim’s testimony.

Never miss an episode of VOM Radio! Subscribe on your favorite podcast app.